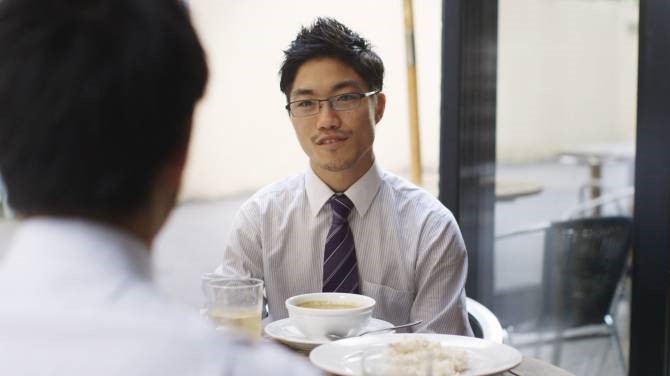 When you score a job interview, chances are one of the first things you’ll do is prepare for the firing round of questions that will (most likely) be coming your way. But are you aware that there are some questions a potential employer should never ask you during the job interview process? Sometimes it’s a matter of appropriateness – other times they’re just downright illegal to ask.

Yet, a common concern emerges among interviewees who find themselves in this position: by not answering these questions, can it hurt their chances of getting the job?

“If someone asks you something that makes you feel uncomfortable and you feel it’s somehow being invasive of your privacy then you might not be at the right place for you,” Gallo says. “It’s all in the approach. So if you think it’s something that’s going to hurt your chances, I would be perfectly honest, direct and polite and say that I’d rather not answer that question.”

If the person interviewing doesn’t understand, then it’s time to move on.

“A company who jeopardizes your chances because they’re invading your space and asking those types of questions, then it’s up to the company to do a little bit of revision with their inclusion and diversity policies,” Gallo says.

But before you go on the defensive, Gallo advises to evaluate the situation first and figure out if the question that’s being asked is because of possible discrimination, or because it pertains to the job.

“It depends on the spectrum – you can look at it from a positive or negative angle,” Gallo says. “I’d always advise people to look at their gut feeling on how they’re feeling when these questions are asked. Of course, you have the choice of telling the truth, not answering and politely decline to answer the question. But sometimes you can leverage certain advantages. Like speaking the language of an ethnic minority, for example – it’s a great way to leverage that to your advantage – if you don’t feel threatened or attacked in the situation or discriminated by the employer.”

(It’s important to note, however, that employers at the interview stage do have more flexibility to ask questions about “prohibited areas of discrimination, provided that the questions relate to exceptions and defences that are provided for in the [Ontario Human Rights] Code,” the Ontario Human Rights Commission says.

These exceptions, the commission says, applies to special service organizations, special programs and jobs that have requirements which are linked to specific grounds within the code. This is echoed by the Canadian Human Rights Commission, which says that should employers ask certain typically prohibited questions and receive a complaint, they must be able to show that the data collected from the question was not used to discriminate during the hiring process.)

So to help you prepare for your upcoming interview further, here is a list of red flag questions to keep an eye out for, according to Gallo and Monster.ca.

Question #1: What is your race and/or ethnic origin?

What Arturo says: Nowadays companies are trying to eliminate any stereotypes and we always encourage companies not to stereotype people by any means. It does violate the [Canadian] Human Rights Act, so it’s off limits. Again, it all depends on the perspective of things. Sometimes you can use it to your advantage, like say for a job that requires proficiency in another language like Spanish, for example. But you have to make sure it’s something that might play to your benefit in the job interview, otherwise, you shouldn’t be asked that and you shouldn’t have the need to answer it.

Questions #2: How old are you?

What Arturo says: Some people don’t often take this as an offence, but a question about your age should not be asked because it gives a message of age or generational discrimination. If you’re asked about it, you’re very much entitled not to answer.

Question #3: What is your sexual orientation?

What Arturo says: It speaks for itself. Companies nowadays are embracing inclusion in the workplace. It’s about giving equal opportunities to everyone. Sexual orientation shouldn’t even be relevant when you’re interviewing someone.

Question #4: What is your financial situation?

What Arturo says: This one is a very interesting concept because some people may feel offended, but some job positions might actually need to get a financial background check because you might deal with money, work with certain financial institutions. So it might not be something too disrespectful but some companies do ask these questions for particular job positions. Otherwise, it shouldn’t even be relevant for people to ask you about your financial situation.

Question #5: What is your marital and/or family status?

What Arturo says: A lot of companies will ask someone if they’re getting married because they’re training someone that might be undergoing the preparations of a wedding and taking time off right before the start. This question may also come up if a woman is pregnant or is planning on having a family.

Companies must see and weigh their options and it’s a very delicate situation in that case because you cannot discriminate against someone because of this – it’s totally off limits. If you have a talented person who’s pregnant, then you should not discriminate by not hiring her. But playing devil’s advocate a little bit, companies need to evaluate their budgets in certain situations when they’re hiring someone. It’s valid, but it shouldn’t be a detriment to push a candidate away or eliminate a candidate.

Question #6: Do you have any mental or physical disabilities?

What Arturo says: A lot of companies are asking this question if they’re trying to engage candidates. I think companies are definitely looking to embrace people with disabilities or minorities to show that there is no discrimination in the workplace, and there shouldn’t be. Someone should definitely not be turned away for a position if he or she has a disability. It shouldn’t even be an issue because we’re pushing companies to hire talents, no matter who they are, what they look like or where they come from.