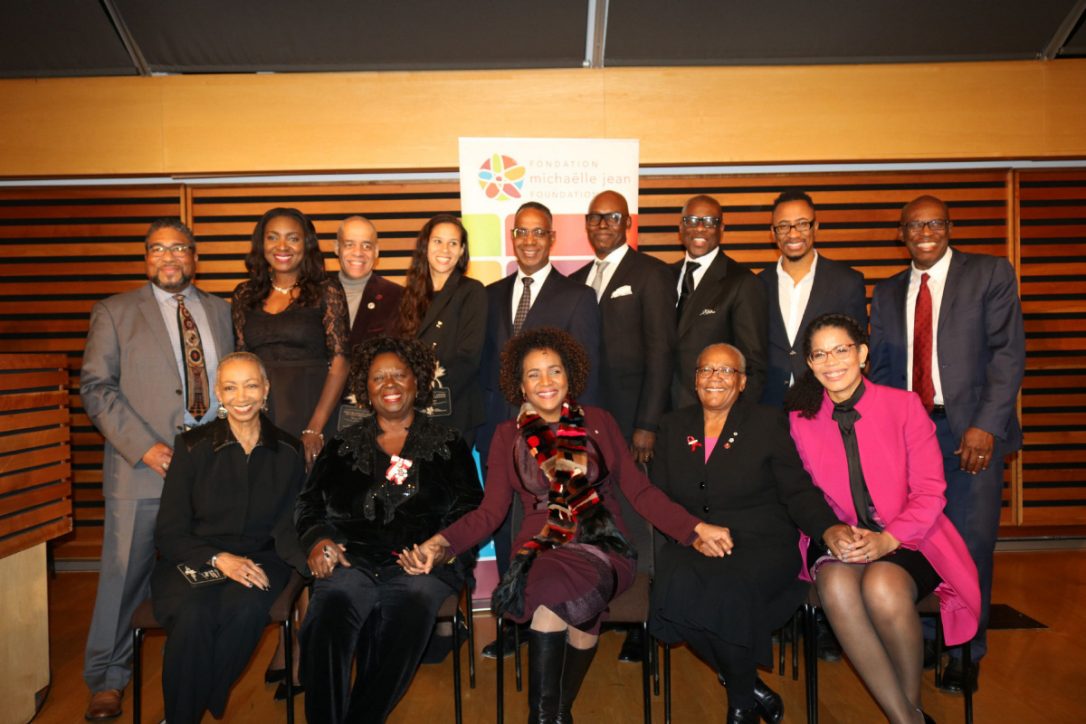 The event was hosted as a partnership between the Michaëlle Jean Foundation and newly founded Federation of Black Canadians.

It felt more like a family reunion than a conference.

Jean, Canada’s former Governor General was a gracious host. She brought the Canadian Black community together in a way only a diplomat could. Floating through the library, she shared special moments with each participant, engaged fully in the strategic planning sessions, and delivered a fiery keynote speech.

She shared stories about her month-long decision-making process to accept the appointment as the 27th Governor General of Canada. She wanted to ensure each role she took on was one from which she could initiate meaningful change. She later spoke of the culturally rich and proud revolutionary history of Haiti, “More than resilience, I call it resistance.”

This was an important moment for Black political organization in Canada.

South of the border Donald Trump continues to launch attacks on Black athletes, media personalities, and civic leaders. Openly supporting Roy Moore in his Senate race, who stated in September that America was last great, “ … at the time when families were united — even though we had slavery … Our families were strong, our country had a direction.”

This week Democratic representatives John Lewis and Bennie G. Thompson organized a boycott around Trump’s planned attendance to the opening of the Mississippi Civil Rights Museum. The White House press secretary seemed to forget that Rep. John Lewis himself is a storied civil rights hero having led and participated in peaceful protests alongside Dr. Martin Luther King Jr. since his time as chairman of the Student Nonviolent Coordinating Committee. She had the audacity to lecture on respect for the legacy of the movement.

While the Toronto conference was organized as a Canadian community-led recognition of the UN Decade for People of African Descent, community members continue to wait, with waning patience, for Prime Minister Trudeau to show leadership on the issues discussed.

Municipal, provincial and federal political representatives braved the tough crowd, which was unapologetic in expecting an authenticity supported with timely action few politicians are able to master.

In the end, there was clear agreement that we should do this more often. Events like this allow us to share best practices across sectors, nurture relationships and amplify great ideas, which significantly strengthen our work.

The definition of success for Black political organization and activism in Canada differed between the organizers in attendance. The Black community in Canada is not homogeneous.

My experience as a fifth generation Black Canadian from Windsor, whose family liberated themselves from slavery on a journey to a life of freedom in Canada through the Underground Railroad, is different and yet in so many ways parallel to many of the organizers I met this week.

We are spread across the country organizing in unique communities with varying priorities, tactics, and levels of political engagement.

For all of our differences, we agreed that better coordination and amplification of great ideas is necessary. And so we will continue to organize in community centres, businesses, church basements, living rooms, and libraries — ready to thunderclap and speak with one voice when we are aligned on the issues and when it’s needed most.

I was honoured to join one of the panel discussions and was nearly reduced to tears as community elder June Girvan from Black History Ottawa rose to tell us “You are the generation we’ve been waiting for.”

During her visit to Toronto last month Michelle Obama made an important point. We don’t need one or two great leaders to move our work forward. We need thousands. This conference was an important step forward in empowering effective intergenerational leadership.

Like all great Black family reunions the event ended with the electric slide — a beautiful moment of joy and celebration as we prepare for the difficult work that lies ahead.

Tiffany Gooch is a political strategist at public affairs firms Enterprise and Ensight, secretary of the Ontario Liberal Party Executive Council, and an advocate for increased cultural and gender diversity in Canadian politics.