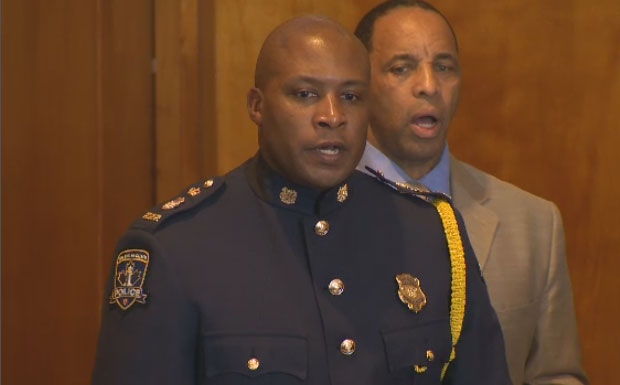 A Black Halifax Regional Police officer and his wife want a full investigation after the couple say they were pulled over at gunpoint by RCMP officers earlier this month.

Dean Simmonds, a 20-year police officer with HRP, and his wife Angela Simmonds, a lawyer, say they were driving from their home in North Preston to get groceries around 12:30 p.m. on July 4, when they were pulled over by two RCMP vehicles. “One police officer ordered Dean out of the vehicle with his hands up, while the other officer was outside his police vehicle pointing a C8 carbine rifle in Dean’s direction,” says a release issued by African Nova Scotian Decade for People of African Descent Coalition Friday afternoon.

After several minutes, Dean Simmonds says he was able to explain to the officers who he was. The RCMP officers told the couple there had been a report of a shooting in North Preston. The couple says officers did not explain if they fit a description of the alleged perpetrators.

In a statement, the RCMP said the “tactics employed by our members were in line with RCMP policy and training.” Mounties say they were conducting a high risk traffic stop in the area after a shooting occurred in a nearby community. The fleeing suspect was reported to be driving a white SUV with an out-of-town license plate and tinted windows.

“The high risk traffic stop involved a vehicle that matched the suspect vehicle description, with an out-of-province license plate, that was coming from the direction of the nearby community,” reads the RCMP statement.

“Additionally, our members ensured a safe outcome to a very stressful situation, through a professional and measured response. We have received a complaint related to the traffic stop, which we take very seriously.”  The experience was “traumatic for the couple who feared for their lives.” They say they immediately thought of their two adult sons and what might have happened to them in the same situation.

“The interaction with RCMP police officers provides yet another example of the way Black people continue to be subjected to inhumane treatment and are regarded as dangerous, dishonest, guilty, criminals,” said Angela Simmonds. The couple says it is a “brutal reminder” of the broader problem of systemic racism within the RCMP and that it further erodes the trust between police and Black communities in Nova Scotia. The Simmonds say they plan to file a complaint with the Civilian Review and Complaints Commission and want a full investigation into the incident.

Halifax Regional Police Chief Dan Kinsella said in a statement he was aware of the incident involving Dean and Angela Simmonds and their intention to bring forward a formal complaint. “Every citizen – regardless of their position or role – has the right to bring forward their concern if they believe they have been dealt with in an inappropriate way by police, regardless of the agency or where an interaction takes place. In every instance, it is important to let the appropriate processes unfold,” said Kinsella.