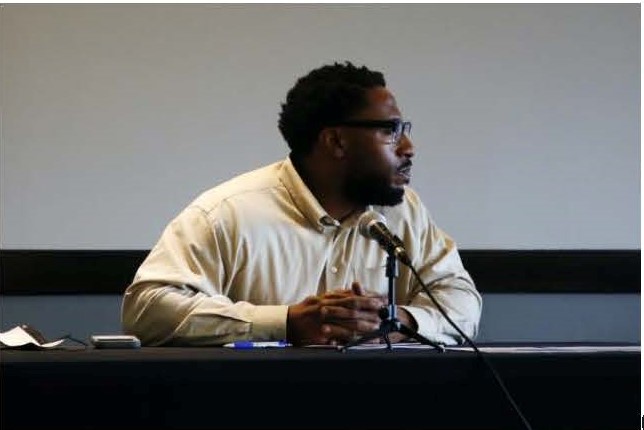 Halifax police discriminated against Black man who got jaywalking ticket, board rules:

An independent human rights board of inquiry has found that Halifax Regional Police discriminated against a Black man when they ticketed him for jaywalking. In January 2017, Gyasi Symonds left his workplace on Gottingen Street to grab a coffee across the street. Symonds jaywalked on his way to The Nook and wasn’t the only one to do so, as he
trailed behind four white women from his office building who did the same, he testified at the inquiry last November.
But it was only Symonds, a visibly Black man, that was approached by two police officers for jaywalking.
Constables Steve Logan and Pierre-Paul Cadieux blocked Symonds when he approached the coffee shop and questioned him about jaywalking, but didn’t issue him a ticket.
Symonds, who testified that he made sure to take a crosswalk on the way back to work, was later called down to his office’s lobby, where Logan and Cadieux were waiting for him. After some confrontation between the three, Symonds was issued a ticket for jaywalking.
“For some reason, I was picked out and hunted down … and I was pursued like I was a fugitive. It was really extreme,” Symonds testified, deeming the incident “terrifying, embarrassing, humiliating.”
Meanwhile, Logan and Cadieux shared a different take on what happened that day.
Logan said the ticket wasn’t given because of Symond’s race, but because he had jaywalked a second time after being warned not to. “I was a white man patrolling Gottingen and Uniacke Square for a whole year and this is the only complaint that I received the whole time I was there,” Logan testified. “I treat people the way they treat me.”
‘Race was not a factor’. But inquiry board chair Benjamin Perryman begged to differ.
In a written 51-page decision released Wednesday, Perryman said Symonds was discriminated against on the basis of his race and/or colour of his skin. While Perryman found the first interaction between Symonds and the two police officers was not discriminatory, “what happened next is extraordinary and does constitute discrimination contrary to the act.”
“Instead of continuing on their patrol, Cst. Logan and Cst. Cadieux decided to target the complainant for further investigation and surveillance. Race was a factor in this decision,” Perryman wrote.
Perryman took issue with Logan’s reasoning that he and his partner “didn’t have to be anywhere” or were using a potential “de-escalation tactic” to keep tabs on Symonds’ movements.
“The informal education provided was complete. The complainant had gone on his way. There was nothing to ‘de-escalate,’” Perryman said.
“Objectively, the decision to target the complainant for further investigation and surveillance was disproportionate to the circumstances.”
Perryman said the officers’ decisions lacked both subjective and objective grounds, and whether it was made consciously or unconsciously, race or colour was a factor.
Perryman found that Symonds shouldn’t have been ticketed and ordered Halifax Regional Police pay Symonds $15,232 in general damages and compensation “for injury to his dignity, feelings and self-respect.”
Perryman also deemed the training provided by HRP to the two inexperienced officers was “inadequate and contributed to their discriminatory behaviour.”
The board chairman suggested all new police hires “successfully complete training in legitimate and bias-free policing before they commence active duty, and all current police officers should be required to retake and successfully complete such training periodically.”
The training should be documented and access to statistics should be available to the public, Perryman said.
Shortly after hearing Perryman’s decision on Wednesday, Symonds said he had mixed feelings.
“It’s hard to tell after a decision like this if it’s even worth it. Maybe it will discourage people from even wanting to pursue anything, because you can wait five years (until) the people that bullied you and discriminated against you get a slap on the wrist,” he told The Chronicle Herald.
Still, Symonds said he’s “really proud” he was able to defend himself in the human rights board of inquiry without a lawyer and any legal background when he was going up against police officers who had an experienced legal team representing them.
“I’m glad I won, I guess, if you call it a win,” he said.
While he’ll take the “small victory,” Symonds said he believes the police officers should face more serious consequences after being found guilty of discrimination.
“I think that they should be fired and lose their pension. If you do something racist and you get caught … it should be similar to the #MeToo movement. If you sexually (assault) a woman on the job, you should be fired,” he added.
“You should lose your pension, be fired and maybe be charged.”
Symonds hopes his case can set a legal precedent and will also make police officers more cognizant of their actions on the job. “Hopefully before we end up with a George Floyd, this will cause officers to hesitate when they make decisions based on their biases. Maybe it’ll cause them to think twice at the very least.”