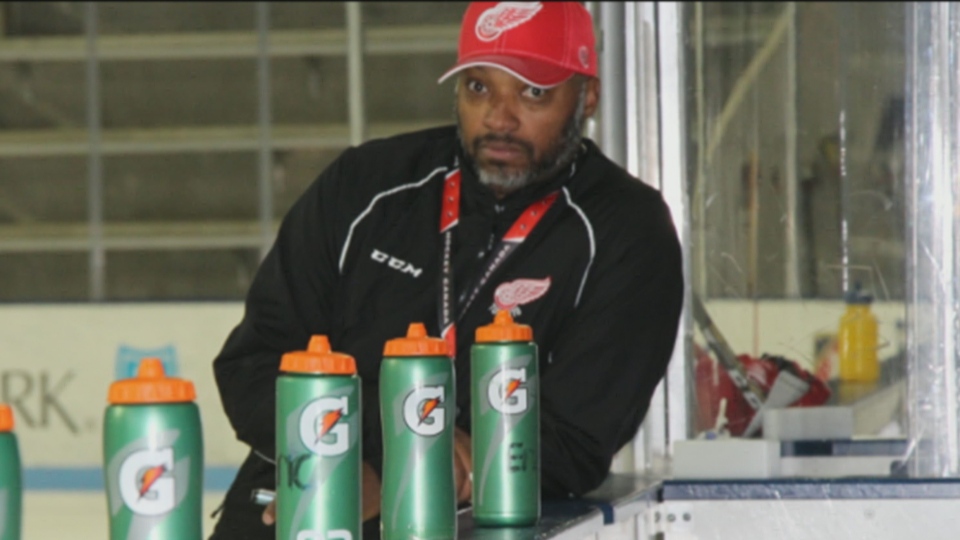 TORONTO — Cyril Bollers was once told that he would never make it in coaching because of the colour of his skin. Today, he’s the head coach of the Jamaican national hockey team, and hopes to make it to the Olympics or professional hockey one day.

Bollers sat down with CTV’s Your Morning on Tuesday to talk about his experience and the work he’s been doing to help young hockey players of colour.

When Bollers first got into coaching, a parent came up to him and said that he would never make it in coaching.

“I think at that point in time, it sort of motivated me, and fuelled me to become a coach, to become the best coach and to prove everybody wrong,” said Bollers. “It would also give me an opportunity to sort of showcase some of my skills and communication skills and motivation skills.”

Bollers spent 12 seasons coaching with the Toronto Red Wings and Marlboros of the Greater Toronto Hockey League and was an assistant coach with the Pickering Panthers of the Ontario Junior Hockey League. He also holds a top coaching qualification with Hockey Canada, and worked with Darnell Nurse of the Edmonton Oilers and Robby Fabbri of the Detroit Red Wings when they were younger

But despite his more than 20 years of coaching experience, he has never been able to land a role in professional hockey. For now, Bollers has his sights on getting Team Jamaica qualified for the Olympics one day and promoting the growth of the sport in the region.

“I think as Jamaica continues to strive to the Olympics or continues to win tournaments, we just need to continue to head on that path,” said Bollers.

Bollers is also the co-founder of Skillz Black Aces, a Toronto-based program that helps lift some of the barriers that young hockey players of colour face when it comes to getting into the sport. Hockey is an expensive sport, which is one of the major challenges that prevent more BIPOC athletes from playing.

“Most of the challenges that we have are based on affordability and accessibility. To play basketball and soccer, it’s easy. It’s affordable,” said Bollers. “(For) hockey, the cost of equipment, the cost of ice rental, the cost of instructors… it’s very expensive for some of the BIPOC communities.”

Awareness and interest in the game among BIPOC communities was another challenge, but this is starting to improve, with players like PK Subban and Wayne Simmonds becoming stars in the NHL.

“A lot of the talk around the barbershops nowadays is about the Leafs and what’s going to happen with hockey,” said Bollers. “Traditionally, they used to talk about basketball and football. It’s about hockey.”​