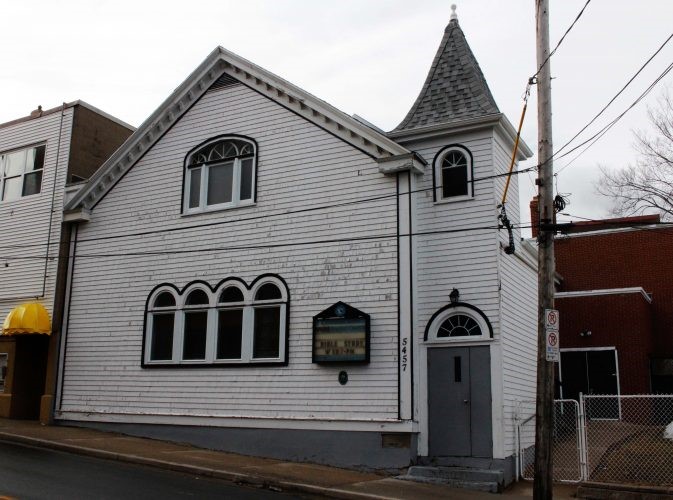 A Halifax church, with a history of fighting against racism, has agreed to change its name in support of Indigenous Canadians.

Members of Cornwallis Street Baptist Church voted in January to begin a renaming campaign this spring, after concerns were raised about the colonial history associated with the name of Edward Cornwallis, founder of Halifax.

Grace Skeir, the church’s licentiate minister, is responsible for collecting submissions for the new name.

“We’re simply named after a street, which doesn’t really have a lot of meaning, and also we were originally called the African Chapel,” says Skeir. “Even initially there was the knowledge of the history of Governor Cornwallis, so there was reason for us to visit the possibility of a change of name.”

The church was established by Rev. Richard Preston in 1832 and the building is a recognized heritage property. It’s also the “mother church” of the African United Baptist Association.

Along with this, the church has held an important position in the African-Nova Scotian community for over 150 years, as a centre of education and social change during a period of documented racial segregation in the province.

Edward Cornwallis is recognized as the person who founded Halifax in 1749 and was governor of Nova Scotia until 1752.  He has been criticized by aboriginal groups and supporters for his “scalping order,”  a 1749 military decree where he placed a bounty on the heads of Mi’kmaq adults and children. It is not known how many Mi’kmaq people died under this order.

“I was totally in support of it,” says Skeir. “I still am. We’re acting in solidarity with our Mi’kmaq connection.”

Cynthia Jordan, who leads the church’s current rebuilding project, says that municipal representatives were reluctant to consider the Mi’kmaq centre’s request because the church held the street’s name.

In May, council subsequently shot down a motion to allow a public engagement process regarding the use of Cornwallis’s name on municipal properties.

Councillors who opposed the motion stated that the issue was not within the municipality’s mandate.

Coun. Lindell Smith, who represents the district, disagreed with council’s previous decision to refuse an open discussion, stating that new members on council would “understand the social issues around the renaming of Cornwallis.”

Smith says he would be open to reintroducing the discussion to council following the church’s announcement.

“If it got down to a point where people are concerned again, then to bring that forward would have to make sense,” he says

The church is set to announce its call for name submissions by the end of March.

“At this stage, what we’re planning to do is make it open to the congregation to make suggestions as to names they would like and to give a rationale for the names that they chose and why it’s important to them,” says Skeir.

She says they hope to unveil the new name before the end of the church rebuilding project, which will begin later this year.