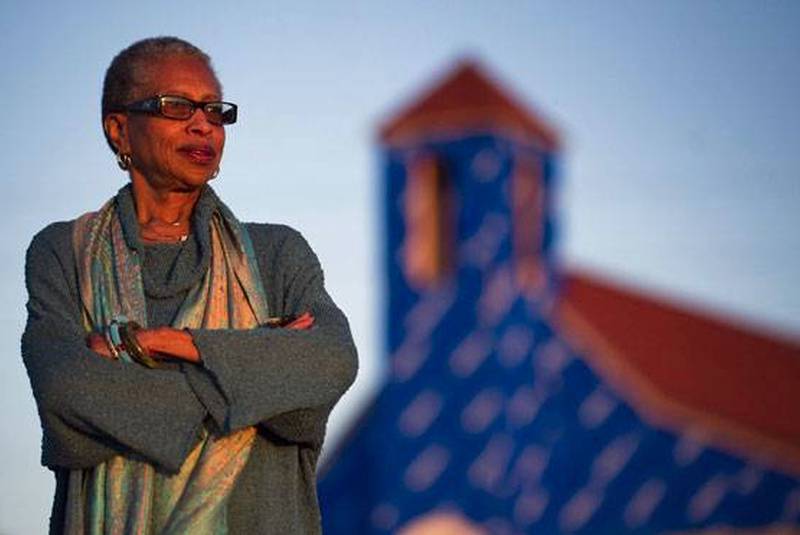 ANNAPOLIS ROYAL, NS – Annapolis Royal will be honouring its black heritage and one of its most beloved and pioneering daughters as it relocates an interpretive panel to its town hall plaza and makes room for a bronze bust of Daurene Lewis, Canada’s first female black mayor.

Lewis became the first black female mayor in Canada when she was elected mayor of the Town of Annapolis Royal in 1984.

“From our perspective a really appropriate place to relocate that would be right next to town hall, there’s that little plaza there,” he said. “At the same time pay tribute to Daurene Lewis who was an incredibly remarkable woman from many perspectives.”

Becoming mayor was only one of Lewis’ accomplishments. In a letter from the mayor outlining plans to relocate the panel, he noted she was also director of the Centre for Women in Business at Mount Saint Vincent University; principal of the Institute of Technology and Akerley Campuses of the Nova Scotia Community College; served on the board of directors of Canada Post; the Governor General’s Order of Canada Advisory Council; the executive of the Vanier Institute of the Family; the Maritime Conservatory of Performing Arts; and was a member of the International Women’s Foundation.

“Lewis was a recipient of the Order of Canada; the United Nations Global Citizenship Award; the Progress Club of Halifax Woman of Excellence Award for Public Affairs and Communication; and Nova Scotia Black Cultural Centre’s Wall of Honour,” he said.

Abernethy is a world-renowned sculptor whose bronze sculpture of jazz pianist Oscar Peterson in 2010 was unveiled by Queen Elizabeth.

“She is omnipresent – her memory in this town,” said MacDonald of Lewis. “She passed away in 2013, so not that long ago. This September will actually be the 75th anniversary of her birth, an appropriate time to acknowledge her, so what the town proposes to do in addition to relocating the interpretation panel is to dedicate the town hall plaza in Daurene’s name because of the obvious connection to town hall.”

He said commissioning of a bust to be installed is a really significant additional step because there’s only one other bust in the Town of Annapolis Royal and that’s on the grounds of Fort Anne.

“That’s of Pierre Dugua the founder of Port-Royal,” said MacDonald. “So to have the second bust in the community to be of an African Nova Scotian woman of such remarkable accomplishments is just a really, really appropriate thing to do. If you could even have conceived of who else should have a bust in town it just seemed a natural.”

The community initiative hopes to raise $20,000 towards the bust of Daurene Lewis. Close friends of Lewis have established the Daurene Lewis Memorial Committee and chose to start the official fundraising campaign on International Women’s Day – which celebrates the social, economic, cultural, and political achievements of women.