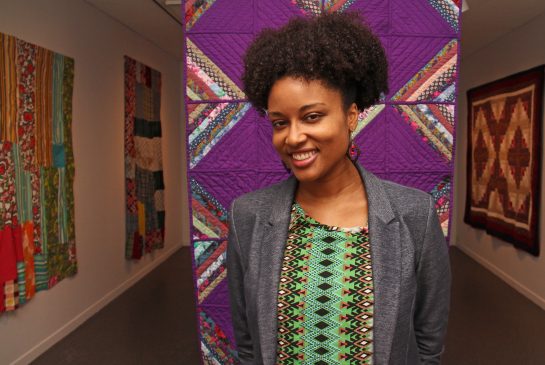 Shauntay Grant and 2b theatre company are looking for aspiring and professional African Nova Scotian actors and singers to help bring Grant’s play to the stage.

“I like to think of it as a tale between two brothers who are really struggling with their personal relationship because of events that happened in the past that are sort of all coming to light now,” Grant said of her play, ‘The Bridge.’

“But it’s really about family relationships as a whole.”

Grant, a writer, poet and playwright, was Halifax’s poet laureate from 2009 to 2011. She brought her script to Anthony Black at 2b theatre company a few months ago.

“It features a challenge in terms of casting because it’s got seven actors in it, all African Canadian, and that’s a tricky thing to do here with my particular knowledge base in Nova Scotia,” Black explained.

He and Grant created three professional development workshops. For the purposes of Grant’s play, they’re seeking performers between the ages of 20 and 65. But they haven’t limited participation based on age.

“It was really about seeing who’s out there but also creating a space for learning for professional and emerging talent,” Grant explained.

Black said that workshop was well attended and allowed them to identify a number of talented performers. Even if there’s not a suitable role in the play, he said they’re interested in their development and getting to know them as artists.

“It’s not like there’s no work coming out of the African Nova Scotian community or no working theatre artists… (We’re) just learning who’s out there,” he said.

Although the play is set in a fictional African Nova Scotian community, Grant said it’s a local narrative “very much rooted in home.” Despite not being a musical, it features a strong musical component, and each character sings.

“We have hopes (The Bridge) will be ready and (we’ll be) in a position to bring to the stage in the 2017-18 season, but seven actors is a big project and we’re looking for partners to help make it happen,” Black said.

The next workshop runs the week of Dec. 5 to 9. That’s followed by a two-week ‘The Bridge’ script and staging workshop from Feb. 12 to 25.

“I think this development work is what makes the work grow, so what we did last weekend at the workshop and what we will do at the mini intensive (workshop) and going forward will make the play richer in the end,” Grant said.