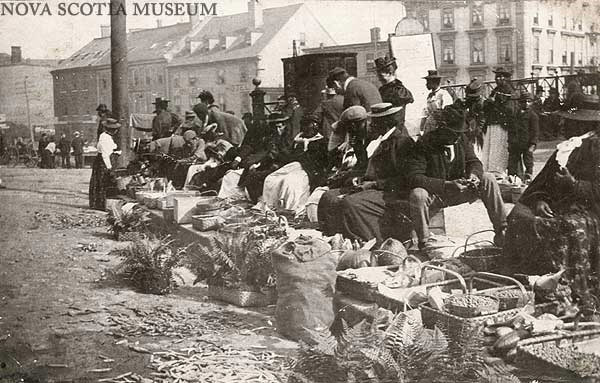 Since 1996, the Government of Canada’s annual Black History Month campaign encourages people of all backgrounds to learn more about Black history in Canada. This brief overview documents some of the events that helped shape the contributions that Black people have made to all sectors of society well before this country was even called Canada.

The first person of African heritage known to have come to what is now Canada arrived over 400 years ago. In 1604, Mathieu Da Costa arrived with the French explorers Pierre Du Gua De Monts and Samuel de Champlain. Da Costa, a multilingual interpreter who spoke English, French, Dutch, Portuguese, and Pidgin Basque, provided an invaluable link with the Mik’maq people encountered by the Europeans.

In 1628, Olivier LeJeune was recorded as the first enslaved African to live in Canada (i.e. New France). Olivier LeJeune’s birth name is not known, as he was taken from Africa as a young child and eventually given the last name of the priest who purchased him.

In May 1689, following complaints about labour shortages in New France, King Louis XIV of France gave permission for the colonists to enslave Pawnee Native Americans and Africans.

During the War of American Independence (1775-1783), the British offered freedom to enslaved Africans in America who joined the British side during the war. Many saw this as an opportunity for freedom, and eventually 10 percent of the United Empire Loyalists coming into the Maritimes were Black. The Black Loyalists founded settlements throughout Nova Scotia. The largest was at Birchtown, near Shelburne, and other settlements were Brindley (Brinley) Town (near Digby), Preston (Guysborough County), Negro Line (now Southville, Digby County), Birchtown (Princedale–Virginia East–Graywood region, Annapolis County), and Old Tracadie Road (Guysborough County). The Black Loyalists were treated unfairly and given considerably smaller plots of land, fewer provisions, and were expected to work for lower wages. In 1790, about 1,200 Black Loyalists who had become dissatisfied with conditions in Nova Scotia and New Brunswick, accepted the offer of the Sierra Leone Company (a British anti-slavery organization) to resettle in Sierra Leone, on the Atlantic coast of West Africa.

In 1793, the anti-slavery movement was emboldened by the actions of Chloe Cooley, an enslaved African woman in Upper Canada (now Ontario) who resisted being transported and sold into the United States. John Graves Simcoe, Lieutenant Governor of Upper Canada, who supported abolition before coming to Canada, had heard about Cooley’s case. He introduced a law titled An Act to Prevent the further Introduction of Slaves and to limit the Term of Contracts for Servitude.  This law freed enslaved people aged 25 and over and made it illegal to bring enslaved people into Upper Canada. The introduction of this Act in Upper Canada and court decisions in Nova Scotia in the 1790s contributed greatly to a decline of African enslavement in Canada, and made Canada a destination for those seeking freedom and an important base for the abolitionist movement.

Throughout the 1800’s, a number of historic Black communities were established across Canada. Some of these communities came as a result of war. Between 1800 and 1865, approximately 30,000 Black people came to Canada via the Underground Railway – the network of secret routes and safe houses used by enslaved Africans to escape into free American states and Canada with the support of abolitionists and their allies.

During the War of 1812, many Black people sided with the British Empire. The Coloured Corps was inaugurated in Upper Canada (Ontario), comprised of free and enslaved Black men,  who fought in the Battle of Queenston Heights. In 1815, Black veterans of the War of 1812 received grants of land in Oro Township; however much of the land was not suited to agriculture and many of those who received grants found they had to seek out employment in other places. Other communities such as Amherstburg, Chatham, London, Woolwich and Windsor, Owen Sound and Toronto also grew in this period.

Nova Scotia’s Black communities were also reinvigorated during and after the War of 1812. Following a British offer to those who deserted the Americans, some 2,400 Black people from Georgia and the Chesapeake region of the United States either served in the British military or supported the war effort. After the war, the “Black Refugees” settled at Preston, Hammonds Plains, Beechville (‘Refugee Hill’), Five Mile Plains, Beaverbank, Prospect Road, Halifax, Dartmouth, and elsewhere. By 1834, the Black Refugees had created communities with African Baptist churches as well as societies such as the African Friendly Society and the African Abolition Society.

In 1833, the Act on the Abolition of Slavery in the British Empire, abolished enslavement in most British colonies, including Canada.

In the early 1850’s, 2 important abolitionist newspapers were founded in Canada to support the global anti-slavery movement:

In 1858, nearly 800 free Black people left the oppressive racial conditions of San Francisco for a new life on Vancouver Island. Though still faced with intense discrimination, these pioneers enriched the political, religious and economic life of the colony. About 400 Black Californian families moved to Victoria or Salt Spring Island before the start of the gold rush.

By 1879, significant numbers of Black people started immigrating to Alberta from Oklahoma, as they had been unable to find equality despite being experienced farmers and were increasingly alarmed by a series of Ku Klux Klan lynchings. In Canada, however, they had to contend with attempts to prevent Black immigration.

As Canada moved into the 20th century, many of the Black communities founded before and just after Confederation established organizations and institutions that fostered their unique Canadian identities. More communities and organizations were introduced across Canada as immigration policies that had discriminated against Black people, amongst others, were abolished or reformed.

Over the course of the last 4 centuries, Black people have shaped their own identities in Canada while making important contributions to Canadian society.