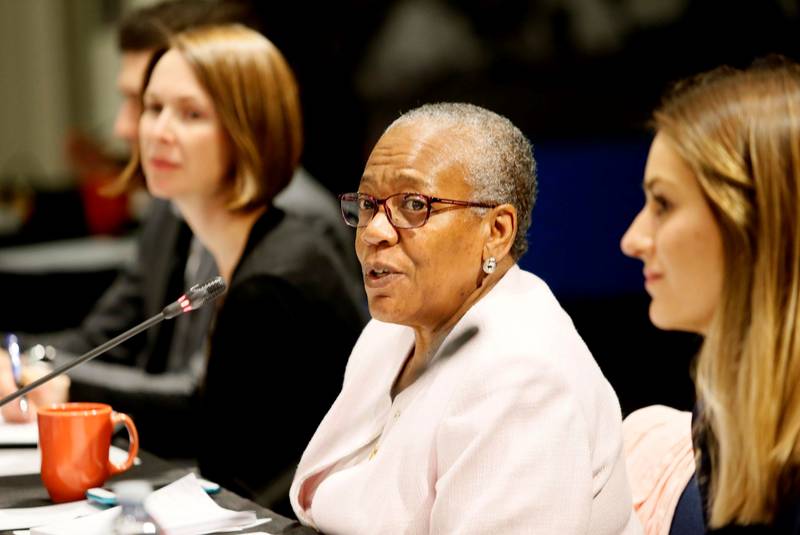 Four elements of Black history have been deemed new national historic designations, contributing to the growing awareness of the stories and contributions of Black people in Canada.

The federal government announced the new designations under the national program of historical commemoration on Friday.

“And our stories are also not told in a flattering light, and I think this is just giving a better balance to a story that should be told.”

Nadine Williams nominated the enslavement of African people in Canada as a designation, noting “it’s important that people know that (slavery) is a part of our history here as well.”

She also nominated the West Indian Domestic Scheme, a targeted immigration program through which approximately 3,000 women from the Caribbean came to Canada to work as domestic servants. She said it’s “dear” to her because her late mother “worked as a domestic her whole life here in Canada.” after coming here from Jamaica.

Williams decided to make the nominations back in late 2018 after doing research on the International Decade for People of African Descent (2015-2024) — proclaimed by the United Nations — as part of an art installation project. She said she sought out a means to promote awareness of Black people’s “contributions to the fabric of Canada” and stumbled upon the Historic Sites and Monuments Board of Canada, which manages the national program of historical commemoration.

“It’s about educating and enlightening. Our narrative of Black Canadians is scarce,” said Williams.

She added that only a fraction of the designations under the national program of historical commemoration recognize Black history in Canada and “it’s not necessarily that there aren’t subjects to be nominated,” but that people are not aware of boards that erect these designations.

“I think that nationally we could do more in terms of just creating awareness across the country about how you go about making these nominations, just making that process a bit more visible would be helpful,” she said.

Still, Bernard said the new designations are important and bring Canada “one step closer” to having Emancipation Day nationally recognized, having the history of slavery “firmly acknowledged” and taught as part of Canadian history, and give rise to the issue of reparations for people of African descent in Canada.

She said she would also like to see George Dixon, a man from Africville who was both the first Black and the first Canadian-born world boxing champion, recognized, among other historical African Nova Scotian figures and events.

Bernard encourages more Nova Scotians to nominate designations about important events and figures in the future. Bernard noted a lot of people in the province have been doing “anti-racism work on the ground” for generations, but should take time to “look for recognition of that work” and document it as well.

“(These designations) bring education, they bring awareness and I hope they bring a sense of pride to people of African descent because we don’t often see ourselves reflected in history,” she said.