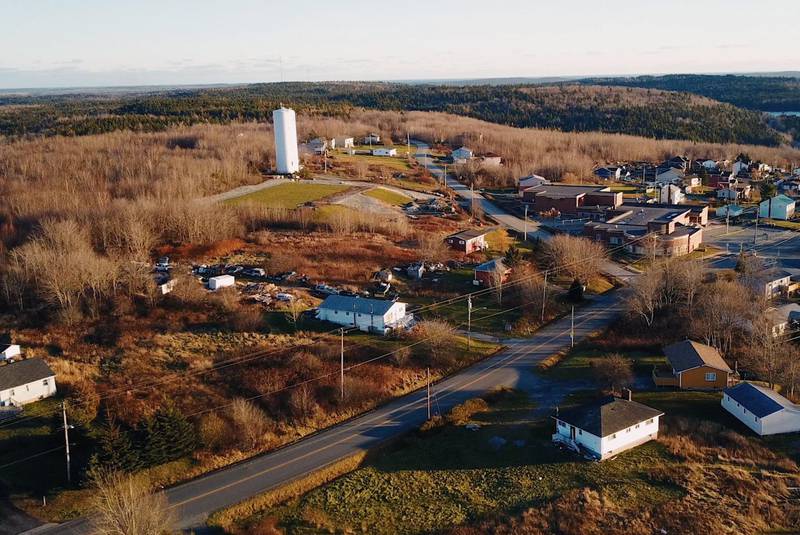 The population of North Preston is greater than many towns in Nova Scotia but, unlike those towns, the most visible sign of government in the predominantly black community isn’t public services or amenities, but rather the constant presence of the RCMP.

On Saturday – Emancipation Day, marking the end of slavery in the British Empire on Aug. 1, 1834 – residents of North Preston, joined by friends and supporters from other parts of the province and beyond, rallied to protest the inequality and injustice they endure still.

Every African Nova Scotian there could relate personal experiences with systemic racism that deny them equality – equality of opportunity, equality in the eyes of the law, equal access to and treatment from their governments, who take their taxes but seem to return little. There isn’t a sidewalk anywhere in the community of 4,000.

Beside Saint Thomas Baptist Church, on the hill above the peaceful gathering, literally if not figuratively looking down on the protestors, sat two marked RCMP vehicles – a cruiser and a large SUV. The only danger in North Preston that day came from the too-hot August sun.

The Mounties themselves were approachable and courteous, but the constant surveillance seemed unnecessary, even oppressive.

The RCMP’s headquarters in North Preston was a child’s stone-throw from the rally. Yet the Mounties watched from on-high. The constant reminder of force in a community deprived of public resources bolstered the day’s central demand – defund the police and redirect the money to community services lacking in North Preston and communities like it.

Evangeline Downey, an organizer of Saturday’s event took the microphone and invited the Mounties to come down, join with the crowd and maybe take a knee to show support for the Black Lives Matter movement. Her invitation went unanswered.

“Many people don’t understand that defunding doesn’t mean elimination (of police) … but rather allocating the right amount of resources toward (community) improvement and solving problems,” North Preston activist Denise Allen told the crowd of about 100 people.

The community traces its roots to the 18th century, when the American revolution brought Black Loyalists to Nova Scotia.

Yet to this day most of the families there don’t hold legal title to the land promised to their ancestors two centuries ago, and upon which their families have lived for generations.

In 2017, the province allocated $2.7 million to help settle the land titles and provide the people in North Preston and four other black Nova Scotian communities with deeds to their own property.

But the processes set up by the government to get to those deeds are arduous, complicated, bureaucratic and lengthy.

One case wound up before Supreme Court Justice Jamie Campbell because the province said the land in question – land that had been in Christopher Downey’s family since at least 1913 – hadn’t been occupied by Downey for 20 consecutive years. Christopher Downey lived for a time in Toronto but had moved home 19 years prior to the province rejecting his title claim.

Campbell lambasted the province for the arbitrary 20-year requirement, which exists nowhere in law.

Racism, the judge said, “is embedded within the systems that govern how our society operates. That is a fundamental historical fact and an observation of present reality.”

The historical racism that denied Black settlers land titles that white settlers got automatically, has been replaced by systemic racism embedded in the processes and arbitrary decisions of the province.

Several of the speakers at the rally talked about keeping up the fight for the many children sprinkled throughout the crowd – so that they would know equality and justice.

Eddie Carvery was there with his son, grandson and great-grandson, each named Eddie Carvery. The eldest Eddie is famous, or infamous, depending on your perspective, for his refusal to leave the place he grew up, his ancestral home on the shores of Bedford Basin, Africville.

Africville was razed in the 1960s under the guise of urban renewal. The African Nova Scotians who lived there, and whose forebearers had settled there in the early 19th century, have never been compensated for the municipal land grab. The approaches to the MacKay Bridge over Halifax Harbour and the Fairview Cove container terminal occupy Africville lands.

The enduring injustice of Africville and the hopes for the next generation expressed by so many of Saturday’s speakers spoke to how long black Nova Scotians have been fighting for equality and justice.

“It’s been a long, a long time coming, but I know a change is gonna come,” the late great Sam Cooke sang in 1964. A half-century later, it’s been that much longer.