Home / News / ‘Now Digby will come to us’: Long-awaited community centre to be built in Acaciaville Sara Ericsson (sara.ericsson@kingscountynews.ca) 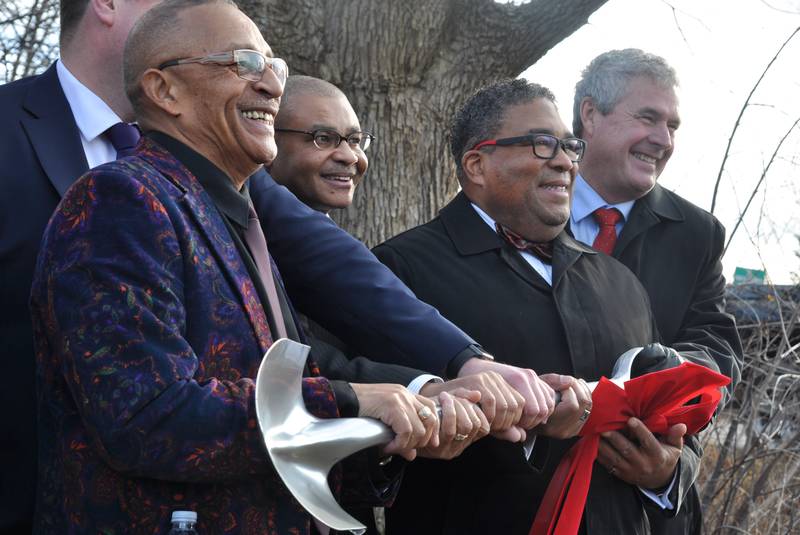 ACACIAVILLE – It’s been four decades in the making, but certainly worth the wait – the Jordantown-Acaciaville-Conway Betterment Association Community Centre is a go.

The $5.6 million in multi-level government funding was announced Nov. 30 at the Acaciaville Baptist Church, located across from where the centre will be built.

The little church was full with community members who stood on their feet, clapping, as community figurehead and advocate Brad Barton stepped up to the mic.

“If it wasn’t for us having this community centre, we would not be in the position ourselves as African Nova Scotians to broaden our own horizons and own understanding of culture – how we exist in a diverse community, and how we still stand tall and fight for who we are and what we want for ourselves,” he said.

The centre is the product of more than four decades of community work for a safe and inclusive space where community members can celebrate their culture without fear of prejudice.

Its association was first formed in the 1970s after black students faced systemic racism and regular discrimination within the county’s education system. It was reformed in 2003 when such incidents were again reported en masse and continued its advocacy work for better representation, inclusion and eventually pushed for a renewed community space.

Today, that space is nearly here. The centre, which the community has dubbed its ‘centre of excellence,’ will be shared by Jordantown, Acaciaville, Conway and Digby and will consist of 14,000-square feet of space designated for a pre-school, youth and adult learning, and cultural and recreational programming.

Barton was not the only longtime member of JACBA who gave remarks. Kerry Johnson and Brenda Francis-Clarke also addressed the crowd – each hailing the event as a well-deserved victory after years of resilience, and one that will help their community prosper.

“Our community has suffered, both educationally and economically. Each space within the building, we feel will address this disparity,” said Johnson, adding the centre will provide space to “gather, to engage and to learn in a community that respects diversity and inclusion.”

“It’ll be nice to see people of colour, because you never really see them,” she said.

The centre will also be a net-zero building – meaning its total energy used will nearly equal the amount of energy it creates – to ensure building costs remain sustainable.

As he concluded, Barton spoke of why he’s confident this building will succeed. He said it’s because the project is an inclusive one and that the centre is to be used by all communities that live near Digby – no matter their culture or skin colour.

“That’s what the difference is this time – this centre will be shared,” he said.