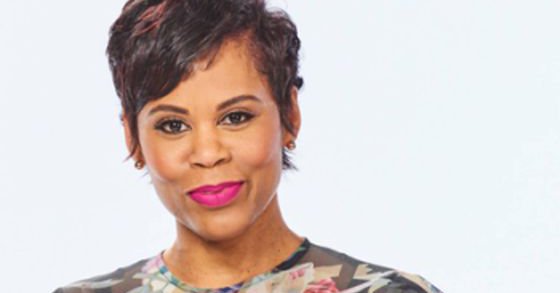 CONTRIBUTED TO THE GLOBE AND MAIL
PUBLISHED 1 DAY AGOUPDATED FEBRUARY 26, 2018

Marci Ien is a broadcaster and co-host of The Social

But being black mattered. Maybe the hooded parka I was wearing mattered, too. I was being stopped by a police officer in my driveway outside of my house in Toronto.

I was at home. My safe place. And I was scared.

How often does this scenario play out? A lot more often than we want to admit. Canada is one of the most diverse countries in the world, but racism permeates every aspect of our society. We like to point fingers at the racial discord in the United States, but fail to acknowledge our shortcomings here at home. Our country has to get its own house in order before patting itself on the back for being a paragon of racial harmony.

The black community’s relationship with the police in this country has been well-documented and much written about: If you are a person of colour in Canada, you experience a profoundly different – and sometimes troubling – relationship with the law. When we hear about incidents involving people of colour and the police, or other enforcement agencies, they seem to mostly involve black men – my father and husband included. But this is not an experience limited to men, as I have personally come to understand.

For the third time in eight months, I was being questioned by a police officer – and I had broken no law.

I had just driven my daughter to my sister’s house for a sleepover. The streets were unusually quiet as I pulled into my driveway. A police cruiser was parked behind me – lights flashing. I got out of my car to ask him why he was there.

“Get back in your vehicle!”

“Pardon?” I asked, alarmed by his tone.

“Get back in your vehicle!”

I quickly got back into my car and shut the door. As he approached, I cracked the door open to hear what he had to say. He told me to close it, and then gestured for me to lower the window. As the window lowered, I looked up at him – at his uniform, his stance, his eyes – and wondered: “What now?” I felt a queasiness in my stomach. I felt powerless, but summoned some strength. I’m not going to break, I told myself. I will remain calm.

But I’m not calm. I’m frustrated. I’m angry. I don’t deserve this. Not now, nor the previous times I had been pulled over. “I want to let you know you’re being recorded,” he informed me. “You failed to stop at a stop sign back there. That’s dangerous, there’s a school there … lots of kids.” I told him my daughter attends that school, silently giving thanks she wasn’t with me. He asked for my ID, and I handed over my licence, registration and ownership.

As he perused them he asked me if I live here. “Yes,” I said. When he returned to his cruiser, my reporter instincts kicked in: I texted my family to let them know what was happening, so there was a definitive record of time and place. My phone started ringing – it was my sister.

I answered and quickly explained what was going on. She told me, repeatedly, to get his badge number. In the background, I heard my mom asking if I was okay. I hung up.

Next came a panicked text from my daughter asking why a police cruiser was in our driveway – apparently a friend and neighbour had seen the flashing lights and contacted her to ask what was happening. I texted back that an officer said I had rolled through a red, referring to the flashing red stop light in front of my daughter’s school. A couple seconds later, the officer returns. “I’m going to give you a warning. Be careful driving out there.”

“If I’ve done something wrong give me the ticket,” I said. “I’m prepared to pay it.”

I went on to tell him that this marked the third time in the past eight months that I had been stopped by police. Every time the initial questions had been the same: “Do you live around here? Is this your vehicle?” In every case, I wasn’t issued a ticket.

Then I asked the officer point blank: “How do I explain this to my kids? I teach them to be respectful, fair and kind, but I’m not feeling respected, served or protected right now.”

He looked at me, bid me good night and walked away.

But there is no walking away from the truth. The stop signal at my daughter’s school is half a kilometre away; why wasn’t I pulled over there? Why did he follow me home? Why, after seeing the address on my driver’s licence, did he still ask if I lived at my home?

Who you are doesn’t matter; it’s what you are. If you are black in Canada, you are subject to a different standard and, often, seemingly, different laws.

So how do we fix this? There are no easy answers, but one solution would be to start with our kids. We know that children are not born with prejudice. Racism is learned. A study by renowned Harvard psychologist and racism expert Mahzarin Banaji shows that biases can be instilled as early as 3.

What if tolerance and empathy are prioritized in the early stages of childhood? We’ve seen far too many times what happens when they’re not. Bottom line – when we do better, our kids do better. Only then can we precipitate change.

I lingered behind the wheel for a long while, too shaken to go inside. So many thoughts. I finally forced myself to get out of the car, walked to the front door and slowly turned the key.