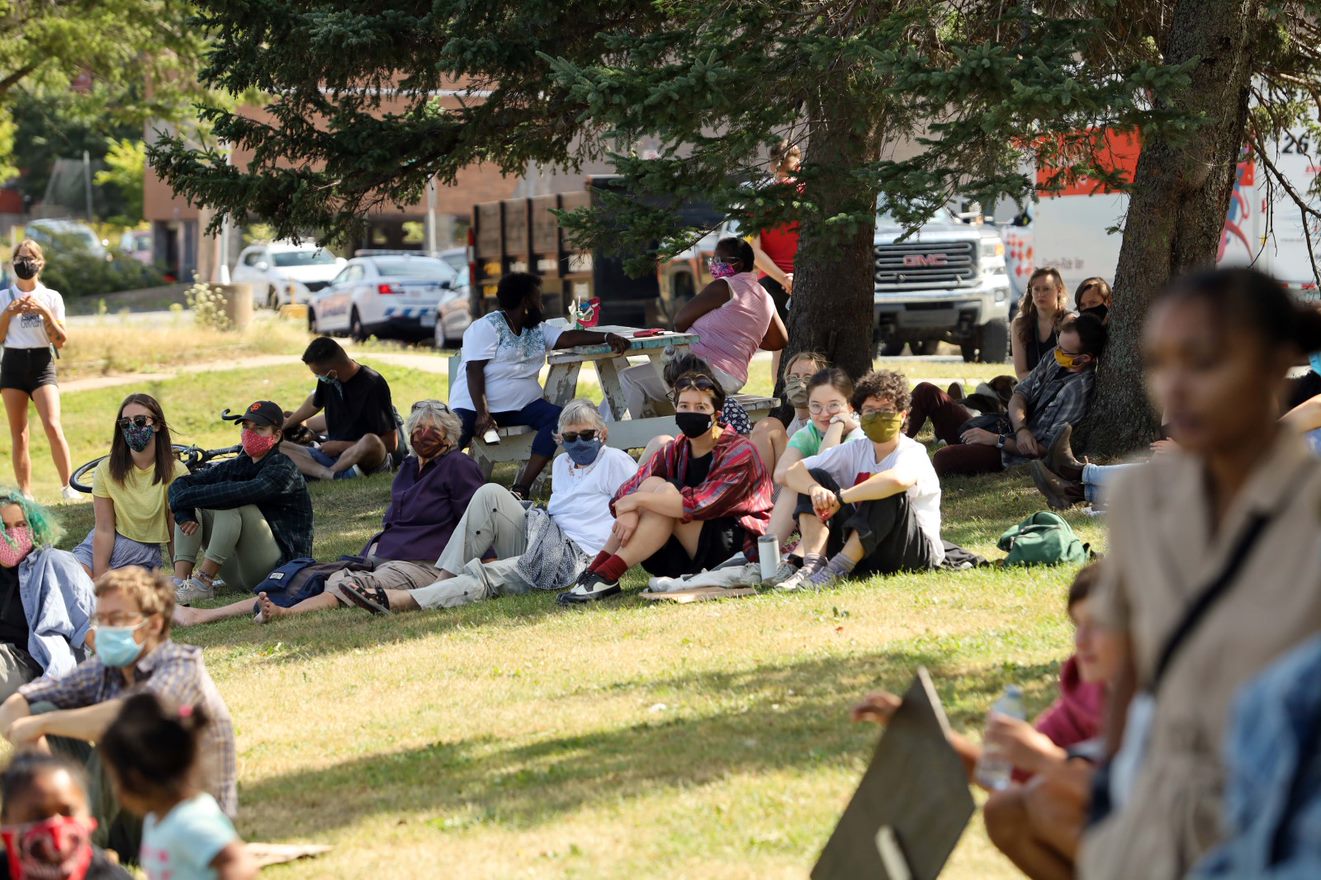 A month after Kayla Borden was pulled over and handcuffed by Halifax Regional Police, she still doesn’t understand what happened.

Borden, who is of African Nova Scotian and Jamaican descent, was driving home from her cousin’s house when she stopped to wait for a police car that pulled up next to her.

A few seconds later, she said five or six police cars surrounded her vehicle. A police officer pulled her out of the car and arrested her.

When she inquired why she had been arrested, officers told her they were in a high-speed chase with a white man in a Toyota. They let her go after an apology, but not before taking her licence, registration, and insurance information.

After filing a complaint with the police, Borden said they only released the names of some of the police officers.

The incident has left Borden with a lot of questions and waves of emotions where she says she sometimes doesn’t feel motivated to do anything.

“I’m not going to let it go. Too much of this is happening and it needs to stop now.”

The love of Borden was clear at the gathering as people lined up to offer her words of support.

After speaking with Borden, Reid and Khan decided to focus on healing as a theme of the gathering.

There were passionate speakers, poetry, and song. Attendees were encouraged to make bubbles, draw with chalk, and participate in healing with tarot, stones, and music.

Both Reid and Khan met Borden through their shared love for art. Borden, who is a musician and community organizer, encouraged them to pursue their passion.

“She’s the most selfless person I know. … She’s inspired me to keep my art practice going, so it only seems fitting that art healing is the way we’re going about this too,” said Khan.

In the spirit of healing, Sylvia Parris-Drummond, CEO of the Delmore Buddy Daye Learning Centre, spoke about how the Black community is being impacted by racism and the resilience they have shown.

She said Black people are facing inequities across many fields including the health, education, and justice systems. Incidents of racism often face pushback or are dismissed.

“In all of those times and yet often we’re supposed to come up with solutions,” she said. “I don’t know what the magic number is when we’ll finally be believed! But this is racism.”

Parris-Drummond said the way these inequities are addressed needs to change.

“I’m not asking people do stuff for us. … I’m saying with us but in informed ways.”

She proposed a day where all Black people can stay home and focus on healing, while people at institutions dedicate that day to make plans that empower Black people and give them leadership opportunities to work collaboratively towards change. That day is Sept. 21, the international day for peace.

“Let’s make a commitment to get something done and implemented by March 21, the international day for the elimination of racial discrimination,” she said.

An important issue the organizers also wanted to highlight is street checks.

“Police keep data on people they’re suspicious of so they can find them easier and they’re not allowed to do this,” said Reid.

She let the audience know that they can file an access of information request to obtain any records police may have on them through street checks.

It’s one way that people can stand against policing.

“We want to abolish the police in Halifax,” said Khan. “We need to reinvest this money in community services so that police don’t feel they have the power to abuse and harass BIPOC community members.”

Borden encouraged everyone to speak up if they encountered racial profiling or racism.

“We need to continue to fight … systematic racism and racism in general,” she said. “We need to be united and work together.”

Nebal Snan is a local journalism initiative reporter, a position funded by the federal government.