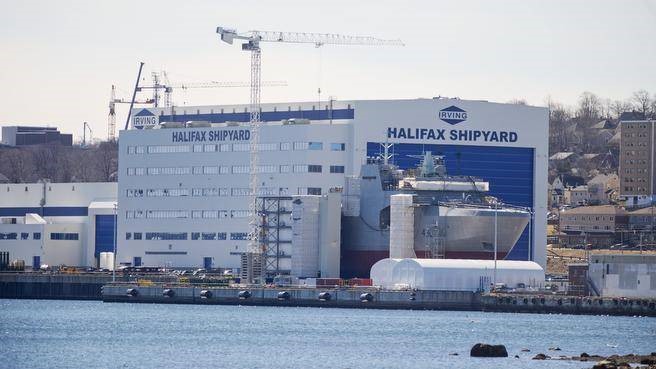 A collaboration of industry, academia, government, and African Nova Scotian community partners, Pathways to Shipbuilding for African Nova Scotians is an Irving Shipbuilding Centre of Excellence program. It will include a 14-week program comprised of personal readiness, academic refreshers, and essential skills training with career exploration focused on welding and metal trades. Upon successful completion of the readiness program, students will begin the pre-apprenticeship welding diploma program at NSCC.

The Irving Shipbuilding Centre of Excellence currently offers bursaries and programs for underrepresented groups in shipbuilding, including Pathways to Shipbuilding for Indigenous Canadians and a partnership with Women Unlimited for under- or unemployed women.

EPEA is the program’s community partner and will collaborate with a wide network of agencies and groups to meet the needs of the program and its participants.  EPEA is currently working with the Nova Scotia Apprenticeship Agency in supporting people of African descent in achieving their Red Seal trade certifications.

African Nova Scotians interested in learning more about the program and submitting an application can visit https://epeacademy.com/pathways-to-shipbuilding/.

The Honourable Navdeep Bains, Minister of Innovation, Science and Economic Development
“Canadians  are at the heart of our competitive edge as a country.  This investment speaks to the federal government’s commitment to investing in our talent and skills development to create well-paying, middle-class jobs through the Industrial and Technological Benefits Policy. Congratulations to Irving on the initiative.”

Andy Fillmore, Member of Parliament for Halifax
“Irving Shipbuilding and NSCC’s shared commitment to supporting underrepresented groups in the trades has shown us the very best of what our province has to offer. Their programs to prepare Indigenous Peoples and women for careers in the shipbuilding industry have seen remarkable success. Now, they’ve done it again, by supporting the careers of 20 African Nova Scotians at Halifax Shipyard.”

Minister Labi Kousoulis, Labour and Advanced Education, Province of Nova Scotia
“The province is committed to increasing apprenticeship opportunities for African Nova Scotians and to ensuring the next generation of Nova Scotia shipbuilders is equipped with the skills and training they need for projects like the Irving Shipbuilding contract. We’re also focused on building a stronger, more diverse workforce because we know that diversity strengthens workplaces and helps meet the demand for workers. Thanks to programs like this one, we’re closing the gap and changing the face of the skilled trades in Nova Scotia which benefits us all.”

Kevin McCoy, President, Irving Shipbuilding Inc.
“As Canada’s National Shipbuilder, we hire the best shipbuilders to join our team building Canada’s future naval fleet at Halifax Shipyard. To do this we need more individuals from groups currently underrepresented in shipbuilding. This Pathways to Shipbuilding program will create opportunities for African Nova Scotians to learn a trade and establish a path to a long-term career proudly building ships for Canada.”

Don Bureaux, President, Nova Scotia Community College
“Our partnerships with both Women Unlimited and the Mi’kmaw Native Friendship Centre have been successful in opening the door for those communities underrepresented in the marine sector. As a College, we’re so pleased to add a new partnership with the African Nova Scotian community to expand this opportunity.”

Senator, Dr. Wanda Thomas Bernard, Vice-President of the Board, East Preston Empowerment Academy
“The Pathways to Shipbuilding Program is breaking systemic and historic barriers and is creating real opportunities for African Nova Scotians. Our hope is that this programme will become a model that can and will be used in other fields.”

Deborah Mates, Executive Director, CWB Welding Foundation
“Support of students through this partnership will help the CWB Welding Foundation fulfill its key mandates of increasing awareness of public safety in welding and addressing the welding skills trades shortage from under-represented groups in Canada.”