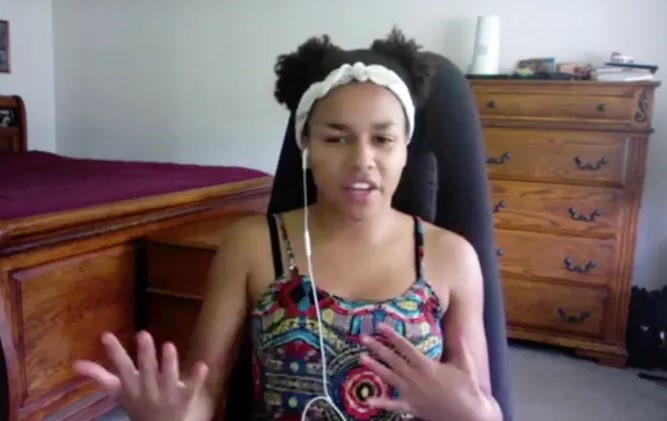 “I know a lot of us just wish we could just go to school and have a normal day, and not just have to worry about … ‘Oh, what’s going to happen today?’” Morgan Reevie, 15, told HuffPost Canada, in an interview about her experiences as a Black high-school student, growing up in a small town near Peterborough, Ont.

Anti-Black bullying and systemic racism in schools have been more widely reported across the country in recent years, yet, among educators and school administrators, there’s still often an unwillingness to acknowledge this and make changes. Cameron Davis, 15, from Markham, Ont., told HuffPost Canada, about times when he’d talked about some of the issues affecting Black Canadian kids and felt gaslit when his educators responded, “Oh, racism doesn’t happen here,” or, “It’s not as bad in Canada.”

Among the many incidents reported in Canadian media: The Montreal mother of an elementary school student filed a complaint with Quebec’s Human Rights and Youth Rights Commission, in 2019, after her son was being beaten and called the N-word by classmates, without his aggressors facing disciplinary action.

Winnipeg student Imani Pinder had to leave St. Boniface Diocesan High School, after her school administration failed to discipline her racist bullies. She told Global News, “There’s this kid that would wait for the bus with me every single day and he would show me videos or pictures of the KKK rallies, Black people being hung. Saying racial slurs to my face or in a song.”

B.C. student Daniel Afolabi told Global News about a student in his former high school class showing up in blackface to give a presentation, without repercussions.

And that’s just the tip of the iceberg ― racist bullying and microaggressions are a part of everyday life that weighs heavily on Black students in the classroom, the sports field and the schoolyard.

Institutionalized racism in schools can have a lifelong impact on Black students’ career and higher education opportunities as well as their sense of self-worth. In Ontario, for example, Black students are twice as likely to be taking applied classes rather than academic ones, in comparison to non-Black peers, and 42 per cent of Black students have been suspended at least once, by the time they finish high school.

A blueprint for change

A report highlighting the extent and effects of systemic racism in Canadian Schools, published in the Walrus, in June, stated: “There are unique dimensions to the experiences of Black youth, who experience schools as carceral places characterized by neglect, heightened surveillance, and arbitrary and often extreme punishment for any perceived disobedience.”

Reevie and Davis both want to see national change, in the form of sustained efforts to support, include and look after the wellbeing of Black kids at school. Both would also like to be able to get on with the business of just being kids and see the adults take matters in hand.