The name Mathieu Da Costa resonates deeply with African Canadians. Da Costa, an interpreter of African descent, is believed to have traveled throughout the Atlantic World in the late 1500’s and early 1600’s. Believed to to be the first known person of African descent in the new world, he likely spoke French, Dutch, Portuguese and ‘pidgin Basque’ (a common trade language in the era of early contact between First Nations people and Europeans). In the early 1600’s, the French and Dutch competed in court for the right to his services, and in 1608 Da Costa was contracted to act as an interpreter for Sieur de Mons on voyages to Canada and Acadia. 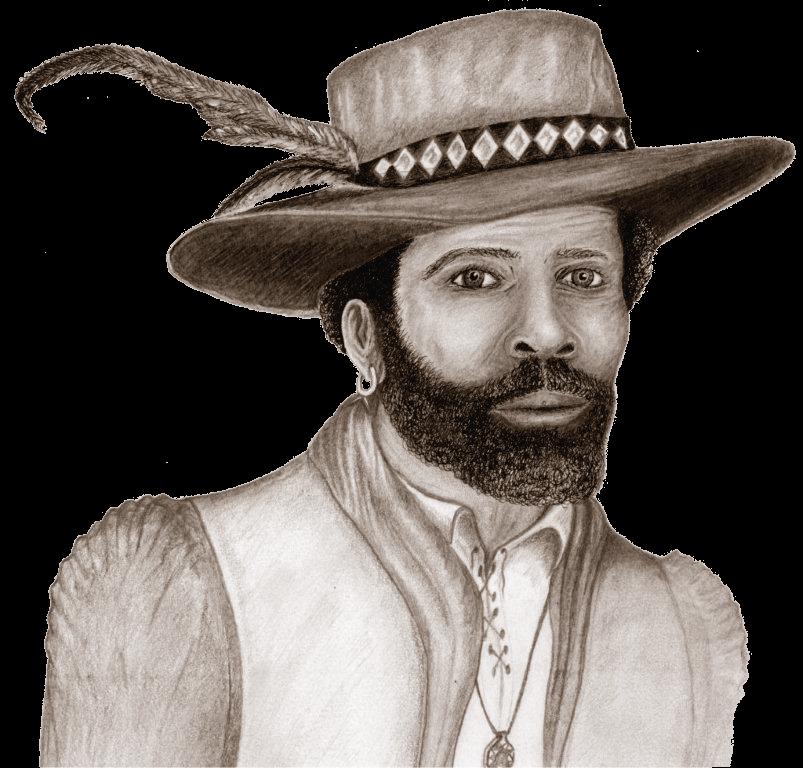