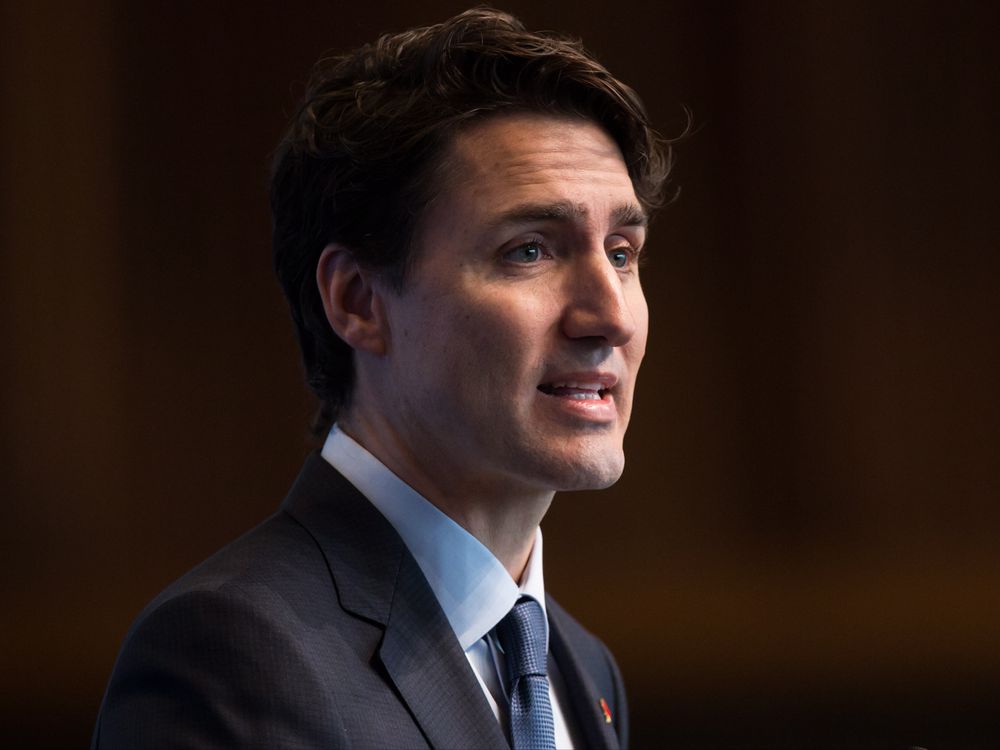 He called on men to speak up on women’s rights, stand against violence and promote female leadership in all aspects of society

TORONTO — Prime Minister Justin Trudeau says men must do more to put an end to gender-based violence against women and girls.

Calling such violence a human rights violation, he said men need to hold themselves and their peers accountable for behaviour that threatens women’s respect, protection and freedom.

He called on men to speak up on women’s rights, stand against violence and promote female leadership in all aspects of society.

He also says gender-based violence disproportionately affects women of colour as well as women who identify as indigenous, trans or low-income.

Trudeau’s comments came in a statement made to acknowledge the International Day for the Elimination of Violence Against Women.

To change this reality, we must actively seek out and listen to the voices and needs of women, especially those cast furthest to the margins

His comments also come at a time when industries ranging from politics to entertainment have been grappling with widespread allegations of sexual misconduct, commonly featuring unwanted overtures toward women.

“Ending gender-based violence means transforming a culture that devalues women and dismisses their voices,” Trudeau said in the statement released Saturday. “Together, we must challenge the prejudices and inequalities that allow this violence to persist. . . . To change this reality, we must actively seek out and listen to the voices and needs of women, especially those cast furthest to the margins.”

Trudeau’s remarks come two days after members of Canada’s entertainment industry called for a code of conduct to help curtail the sexual harassment they describe as a reality in the country’s film scene.

A dozen groups representing actors, talent agencies and other players in the national entertainment industry issued a statement saying a code of conduct would clearly define what is inappropriate behaviour as well as what the consequences would be for those who commit such actions.

Their call for action followed weeks of revelations of sex-related allegations against Hollywood mogul Harvey Weinstein and other prominent celebrities.

A recent study led by researchers at the University of Windsor also sounded the alarm on violence against women working in the health care sector.

The research, released Friday, said violence against health-care workers is pervasive within the walls of hospitals across Ontario. The study examined the experiences of nurses, personal support workers and other staff.