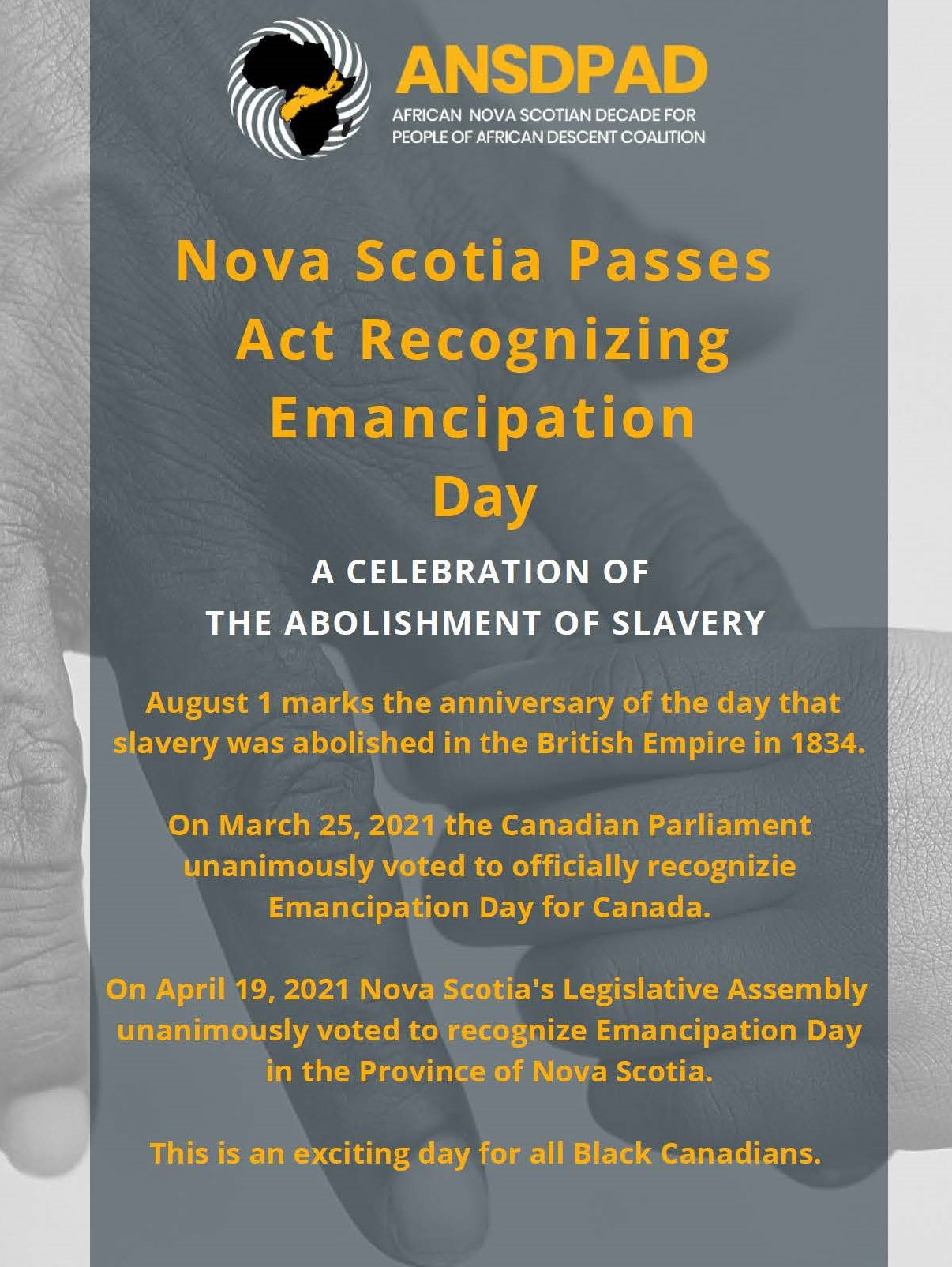 Nova Scotia will officially designate Aug. 1 as Emancipation Day in recognition of the history and impacts of slavery in the province.

Tony Ince, Minister of African Nova Scotian Affairs and the Office of Equity and Anti-Racism Initiatives, introduced legislation today, April 13, to annually recognize Emancipation Day, the anniversary of the abolition of slavery in the British empire.

“The institution of slavery was foundational to the history of systemic anti-Black racism that has impacted people of African descent in Nova Scotia for generations,” said Mr. Ince. “Celebrating Emancipation Day is one way to encourage all Nova Scotians to recognize and reckon with the legacy of anti-Black racism and honour the contributions of Nova Scotia’s historic Black communities as we work to build a more equitable future.”

British parliament abolished slavery on Aug. 1, 1834, freeing about 800,000 enslaved people of African descent throughout the British colonies, including upper and lower Canada.

Nova Scotians are encouraged to observe Emancipation Day as an opportunity to learn more about the history of African Nova Scotian people and communities, and to continue to address and eradicate systemic anti-Black racism.

I am pleased to learn that Nova Scotia is introducing legislation to formally recognize Emancipation Day. Aug. 1 is a day for all Nova Scotians to pause, remember our painful past, reflect on our present and prepare for a better future for people of African descent. This recognition will help us to move toward collective healing and a more socially just province.Wanda Thomas Bernard, senator for Nova Scotia (East Preston)