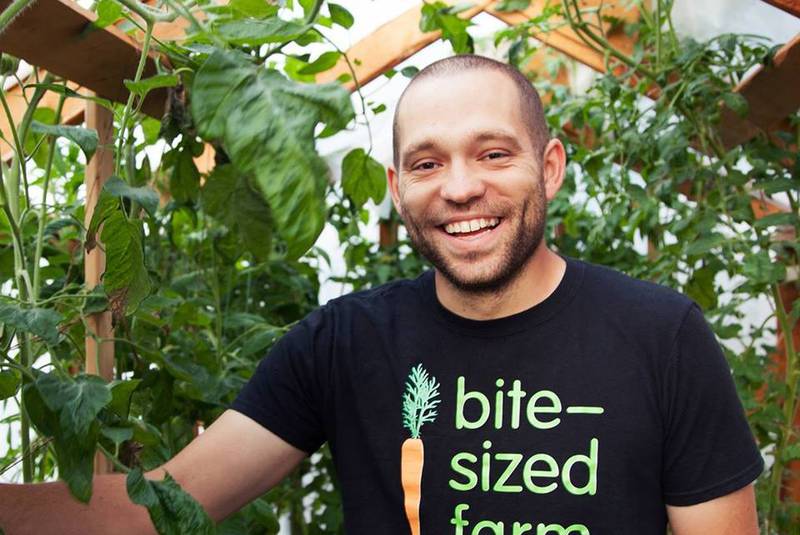 Editor’s Note: Second life. It can represent a chance to do over. To reset and refocus your life. To shake off the past and give yourself an opportunity to change and grow. In our series, Second Life, we took a look at how those in the small business world, out of necessity or desire, reach beyond their comfort zones to re-create themselves and their world. These stories celebrate those who saw potential in being something else or creating something that wasn’t and were brave enough to take the plunge into the deep, dark waters of entrepreneurship.

Some people fear the notion of change, while others, like Ian Froude of St. John’s, embrace it.
In fact, the 31-year-old has strived to be a catalyst for change throughout his professional life. Whether it was trying influence federal government policy during his three years working for Engineers Without Borders Canada, trying to alter the mindset around the idea of sharing equipment and knowledge through the not-for-profit St. John’s Tool Library he founded, or now in his new role as a member of a forward-thinking, progressive city council, Froude has a passion for making things happen.
Last year, he made the biggest change yet when he decided to enter the small business world with a small-scale farming operation dubbed the Bite-sized Farm.
“I had non-profit, I had government, but I wanted to get a taste of the private sector and a change in pace, style of work,” says Froude, a civil engineer by trade who later spent time working in the provincial government, first in communications for the premier’s office and later as the executive assistant to the province’s minister of natural resources.
After the last provincial election, when Dwight Ball’s Liberals unseated Paul Davis’ Progressive Conservatives, Froude found himself out of a job.
Froude had been mulling over a career change for some time and instead of taking on a position related to his previous experiences, he opted to realize a life-long dream of become an entrepreneur.
“I grew up in an entrepreneurial household, my dad owns a construction company and I saw the value of that sort of work and pulling up your boot straps, making your own living,” says Froude, who admits he had no formal experience in operating a business or even in farming. “And I love food. I love eating it, cooking it, growing it.”
Last spring, he took advantage of the federally funded and provincially operated Advanced Education, Skills and Labour’s self-employment assistance program to launch the farm.
Froude acknowledges there was a high degree of risk in choosing to grow a small business, but the risk itself was enticing.
“It was like I was putting my skills on the line to see if I can be very successful in that world,” he says.
On top of providing produce for some local restaurants and operating a busy booth at the weekly St. John’s Farmers Market, Froude opted for the employ an agricultural model called community supported agriculture (CSA) where customers pay in advance for produce they receive on weekly basis throughout a 16-week growing season.
“That, for a lot of farmers and for me as well, reduces that risk at startup. You have a lot of your expenses in March, April and May and very little of your revenue in March, April and May.”
He had 22 CSA clients in his first year and doubled it this season. In fact, he was forced to turned away some potential clients this year because he is somewhat limited in his ability to meet customer demand based on what he’s able to grow on the combined eighth of an acre of land he leases, most of which is located just outside the city.
“There’s significant demand for local produce.”
This year, Froude changed his CSA model in an effort to better meet the demands of the consumer while also minimizing waste. Rather than keeping with the traditional approach where a large variety of products are paramount, Froude went the other way, resulting in a simpler and more efficient model.
“I’ve narrowed my crop mix instead of expanding my crop mix, which makes it a whole lot simpler for me both in production, harvesting and packaging.”
Like he did in the non-profit sector, with government and the tool library, Froude approached the agriculture industry with eye to social consciousness, in this case dealing with food insecurity issues in the province.
“I wanted to be an entrepreneur, but it’s also a very interesting problem to help solve,” he says. “Something’s got to be done, how can I play a role in getting it done?”
To do so and to make his budding business a success, Froude has relied heavily on his previous experiences.
As an engineer, he learned to learn fast and learn well.
“Doing that analysis and acting within that framework learned through my engineering degree was crucial. The variety of crops I had to grow, the timing of them in Newfoundland, and changing weather within that mix,” he says. “Knowing how to approach the problem in a scientific and bite-sized way was really useful.”
With Engineers Without Borders, he learned how to operate on a very small budget that required him to be strategic in terms how that money was spent. With government, dealing with constituency issues provided him with an added appreciation for customer service.
Two years in, there are challenges — supply to meet demand and availability of farmable land close to market chief among them — but about the only thing Froude isn’t inclined to change is his decision to make a career in agriculture.
“Those things are nerve wracking, but I wouldn’t change it one bit, I’m definitely enjoying it,” he says.
“This style of business is really exciting. There’s a lot of energy in the agriculture sector right now.”