Home / News / Statement to the media by the United Nations’ Working Group of Experts on People of African Descent, on the conclusion of its official visit to Canada, 17-21 October 2016 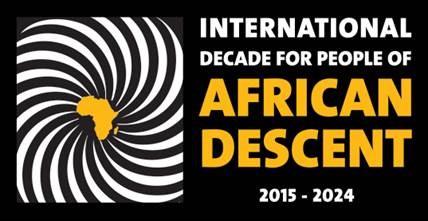 The Working Group of Experts on People of African Descent thanks the Government of Canada for its invitation to visit the country from 17 to 21 October, and for its cooperation. We thank Global Affairs Canada, and the provincial authorities in Ontario, Nova Scotia and Quebec  for their support. The views expressed in this statement are of a preliminary nature and our final findings and recommendations will be presented in our mission report to the United Nations Human Rights Council in September 2017.

As part of its fact-finding mission, the Working Group visited Ottawa, Toronto, Halifax and Montreal. It met representatives of the Federal and Provincial Governments, Members of Parliament, representatives of national and provincial human rights institutions, and civil society. It also visited the Toronto South Detention Center.

The Working Group welcomes the ongoing effort by the new administration to revitalize efforts to address racial discrimination faced by people of African descent and to promote human rights, diversity and inclusion in partnership with African Canadian communities and civil society organizations. We welcome the important work of the national and provincial human rights institutions in investigating and referring complaints, reviewing legislation, monitoring and issuing recommendations to address systemic anti-Black racism. The Working Group thanks the African Canadian Legal Clinic and the many civil society organizations, human rights defenders, lawyers, academics and individuals it met during the visit, who are working to promote and protect the rights of African Canadians, creating initiatives and proposing strategies to address racism, racial discrimination, xenophobia, Afrophobia and related intolerance.

We welcome the new federal initiative to have a judiciary that reflects the diversity of the country, encouraging applicants to self-identify on the basis of race, gender identity, indigenous status, sexual orientation and physical disability and training in “unconscious bias” for committees that screen candidates to prevent rejection of good applicants from minority groups.

We welcome the organization of events to celebrate the achievements and contributions of African Canadians such as the Black History Month and the Lincoln Alexander Day.

We note the historical importance of the Africville community and its museum as a site of memory in Nova Scotia, and the specific focus in the Canadian Museum for Human Rights on African Canadian history, experiences and social conditions.

We welcome the establishment in 2016 of the Anti-Racism Directorate to address systemic racism and to promote fair practices and policies across Ontario province.

The Working Group notes the use of pre-sentencing Cultural Impact Assessments considering the history and legacies of discrimination against African Canadians in Nova Scotia.

Despite  Canada’s reputation for promoting multiculturalism and diversity, and the positive measures referred to above, the Working Group is deeply concerned about  the human rights situation of African Canadians.

Canada’s history of enslavement, racial segregation, and marginalization, has had a deleterious impact on people of African descent which must be addressed in partnership with communities.

Across Canada many people of African descent continue to live in poverty and poor health, have low educational attainment, and are over represented at all levels of the criminal justice system.

There is clear evidence that racial profiling is endemic in the strategies and practices used by law enforcement. Arbitrary use of “carding” or street checks disproportionately affects people of African descent.

The Working Group is extremely concerned about the practice and excessive use of solitary confinement or “segregation” in correctional facilities, the absence of appropriate monitoring, and lack of data being kept on inmate’s race, mental health status or gender. Segregation is used in both adult and juvenile detention facilities. The Working Group noted that as many as forty percent of inmates in segregation at the Toronto South Detention Center were of African descent. The Working Group also  noted that prisoners asserting their rights were the subject of reprisals by prison guards through disciplinary sanctions including segregation. A freeze in the recruitment of correction officers in the past years has resulted in severe under staffing, leading to the frequent use of lock downs that has further curtailed the human rights of detainees who are predominantly African Canadians. Lock downs deprive detainees of many of their human rights such as to socialize, use recreational facilities and even bathe. They happen during weekends due to low staffing or during searches on suspicion of possession of weapons or other illegal items.

Across Canada, African Canadian children are being taken from their parents by child welfare agencies on dubious grounds. Many reports and academic journals suggest that the root of the problem is racism.

The Working Group noted the disproportionately high unemployment rates among African Canadians. They are forced into low paying jobs, with little security and poor prospects.

Many seasonal migrant workers of   African descent are subjected to deplorable working conditions. They are exploited  and are  reportedly denied access to basic health services. They are required to pay taxes into Canadian social benefit programs which they often cannot access, the situation is reminiscent of indentured labour.
African Canadians are disproportionately affected by    race and health inequities that contribute to  high rates of chronic disease. There is an under representation of African descent in the staff of the health sector.

Environmental racism is equally a concern. Landfills, waste dump and other environmentally hazardous activities are disproportionately situated near neighborhoods of people of African descent, creating serious health risks. For example, the African Nova Scotian community of Lincolnville has been dealing with the social, economic and health effects of first and second-generation landfills since 1974.

In Nova Scotia, the Working Group noted concerns about the lack of implementation of the Land Title Clarification Act (LTCA) which assists people of African descent in obtaining titles to the lands on which they live. The LTCA was enacted to create equity for communities who were affected by past historical wrongs.

African immigrants in Canada come from almost all regions in Africa and the Caribbean. They do not constitute a homogeneous group. Members of the African Diaspora  face unique forms of discrimination. The educated population struggles to gain recognition for skills and degrees earned overseas, often working below their level of competency and qualification. Those who choose to re-educate themselves in Canada do so at great financial and personal cost.

The following recommendations are intended to assist Canada in its efforts to combat all forms of racism, racial discrimination, xenophobia, Afrophobia and related intolerance. The Government of Canada should:

Legally recognize African Canadians as a distinct group who have made and continue to make profound economic, political, social, cultural, and spiritual contributions to Canada.

Issue an apology and consider reparations for enslavement and historical injustices.

Ensure that textbooks and other educational materials reflect historical facts accurately as they relate to past tragedies and atrocities, in particular enslavement, so as to avoid negative stereotypes.

Implement a nation-wide mandatory disaggregated data collection policy, based on race, colour, ethnic background, national origin and other identities, to determine if and where racial disparities exist for African Canadians to address them accordingly.

Review, in line with article 1 of the Convention on the Elimination of All Forms of Racial Discrimination, the implications of the use of the term “visible minorities” so as to address more precisely the socio-economic gaps between different ethnic groups.

Develop and implement an African Canadian Justice Strategy to address the anti-Black racism and discrimination within the criminal justice system.

Develop and implement a National Corrections Strategy to address and correct the disproportionately high rates of African Canadians within the correctional system, and ensure anti-discriminatory and culturally specific services for African Canadian offenders.

Adopt a national   diversity awareness training plan for the Federal and provincial correctional services of Canada, and appoint an ethnicity liaison officer in each institution. Urgently increase the staffing of the correctional service. Explore alternative measures to lock downs that do not result in the impairment of the human rights of detainees.

Abolish the practice of segregation and solitary confinement and explore alternatives to imprisonment.

Increase the representation of people of African descent in law enforcement and correctional services.

Take effective measures to address the root causes of over-representation of African-Canadian children in child care institutions. All efforts should be taken to keep the family together. Alternatives to taking the child away from the parents should be considered, including counseling and rehabilitation programs for parents. Training for child welfare staff should include strengthening cultural competency to serve African Canadian communities.

Adopt an inter-sectionality framework to analyse and address the multiple forms of discrimination on race and other grounds.

Ensure oversight bodies for police departments and prisons include people of African descent as well as other vulnerable groups such as women, youth, persons with disabilities and LGBTQ in their composition. Systematically address employment disparity for African Canadians through the enactment of employment equity legislation. In particular, longer term anti-poverty strategies should target specific needs of African Canadians.

Ensure inclusive policies, access to resources and access to information  needed to help individuals create businesses which will enable economic self-sufficiency and create jobs in a community that traditionally experiences extremely high unemployment. There must be targeted hiring policies for people of African descent similar to those given to the first nation.

Strengthen the work to address HIV and related stigma in the African Canadian community.

Encourage federal and provincial government and municipalities to consider the concerns of African Nova Scotians seriously by helping to develop legislation on environmental issues affecting them.  Urge Government to consider measures like Bill 111: An Act to Address Environmental Racism in Nova Scotia 2015.

Provide funding and other resources to African Canadian community-based projects.

Provide financial support for the implementation of the Land Title Clarification Act.Amend the LTCA to respect the cultural traditions of African Nova Scotian communities.

Make available pathways to residency and citizenship  to seasonal workers to protect them from exploitation. Increase access to permanent residency and enable labour mobility by issuing open work permits, regulating employers, and ensure access to health services and adequate housing.

Repeal laws and counter-terrorism strategies which infringe upon the civil liberties, particularly of African Canadian Muslims.